Musings Of A Lazy Winter Sower

There are basically 4 kinds of winter sowers. A crazed winter sower is a person who puts over 100 winter sown milk containers out on their deck on December 21st to celebrate the Winter Solstice. What's so odd about that you might wonder? How about the fact that all the containers were prepared the night before?

Next is the person who has 85 containers outside on their deck. Only now it's late February or the beginning of March. Although working at a less frenzied pace, this person is still a very diligent winter sower. Just as methodical and determined as the crazed winter sower.

Then comes the just getting their feet wet winter sower. Totally new to the concept, but steadfast and eager. Will probably winter sow between 25 and 50 containers their first year. That's a wide margin you might think. Well, for a first-timer, there's no way of knowing just how badly they've been bitten by the #winter sowing bug! 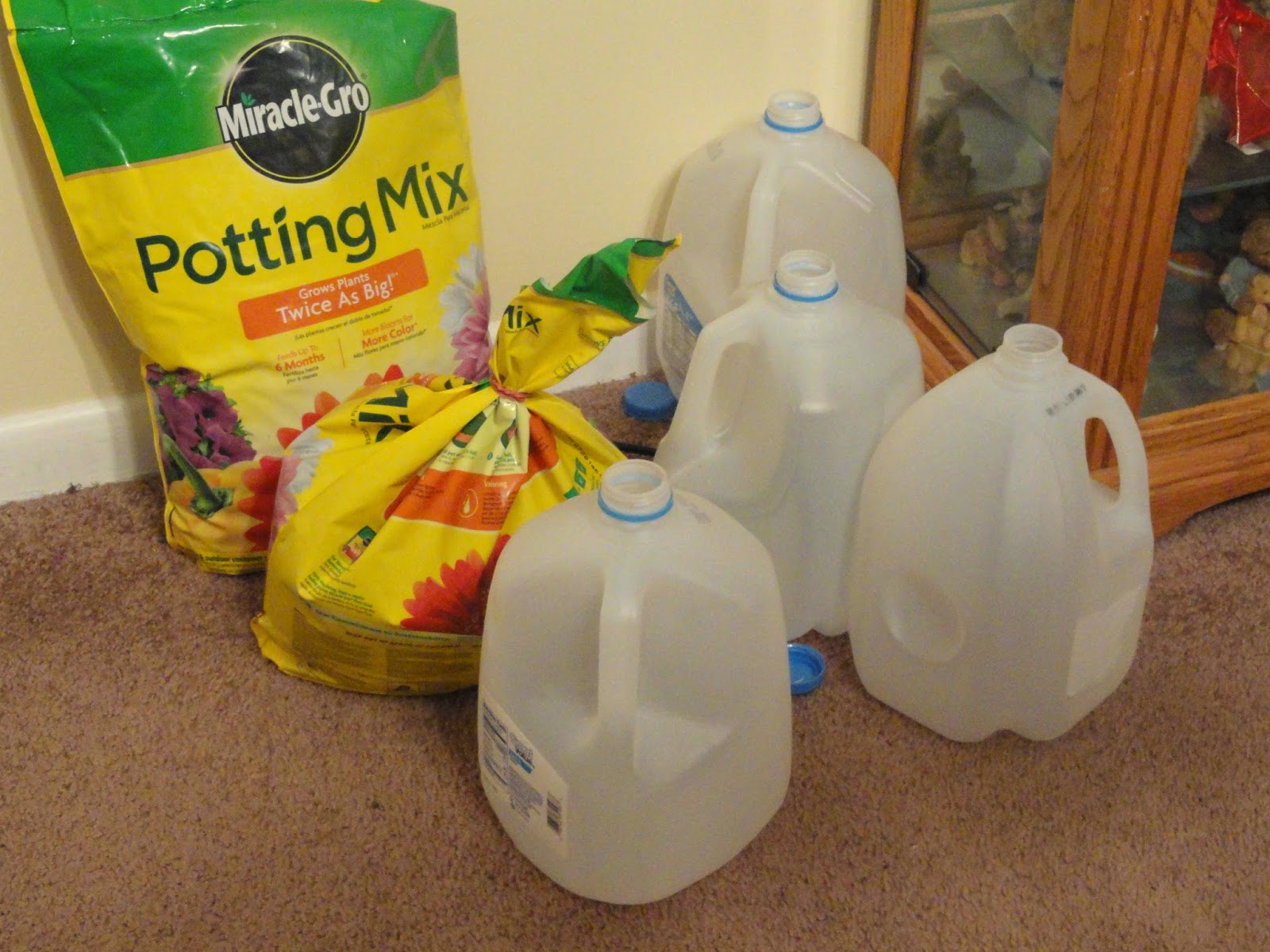 Me? This year I've become the 4th kind, the lazy winter sower. So far, all I have are four uncut, clean milk containers and a bag and a half of potting soil. See how they attractively decorate a small corner of my dining room? 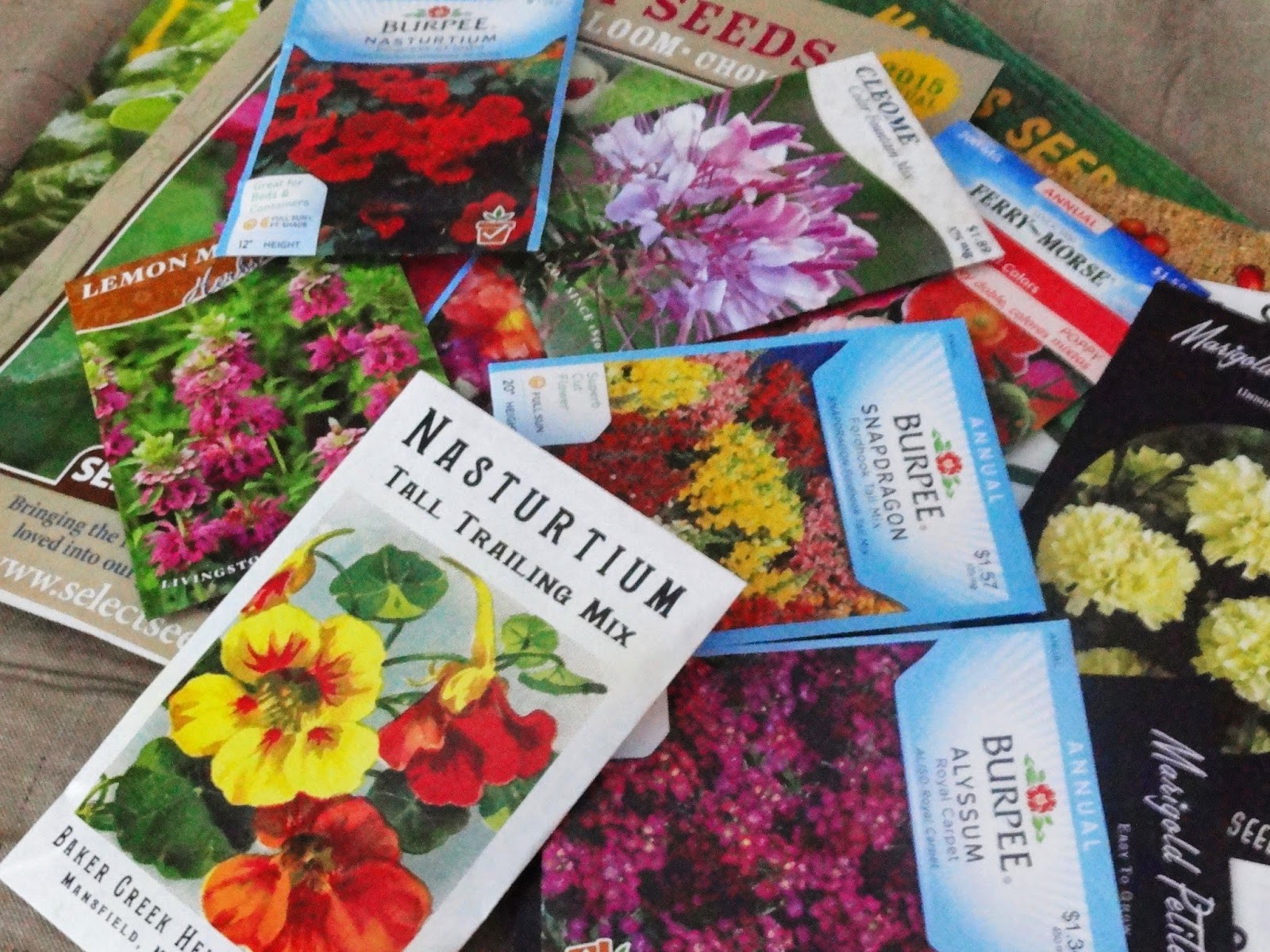 Oh, I do have a few packages of seeds, too.

I haven't always been a lazy winter sower. I started out slowly around 5 years ago. I think I did about 30 containers the first year. Then with each year, the count steadily rose. Got as high as 60 containers one year. Then when last year came  ... I just ran out of steam. Less than 20 containers.

Anyway, since the point of this post is about winter sowing, I took one of my milk containers (see photo below) and winter sowed some seeds to show you what the finished product looks like. Eventually, I'll get around to preparing the other 3 containers. Who knows? Maybe, I'll even do more if the mood strikes me. 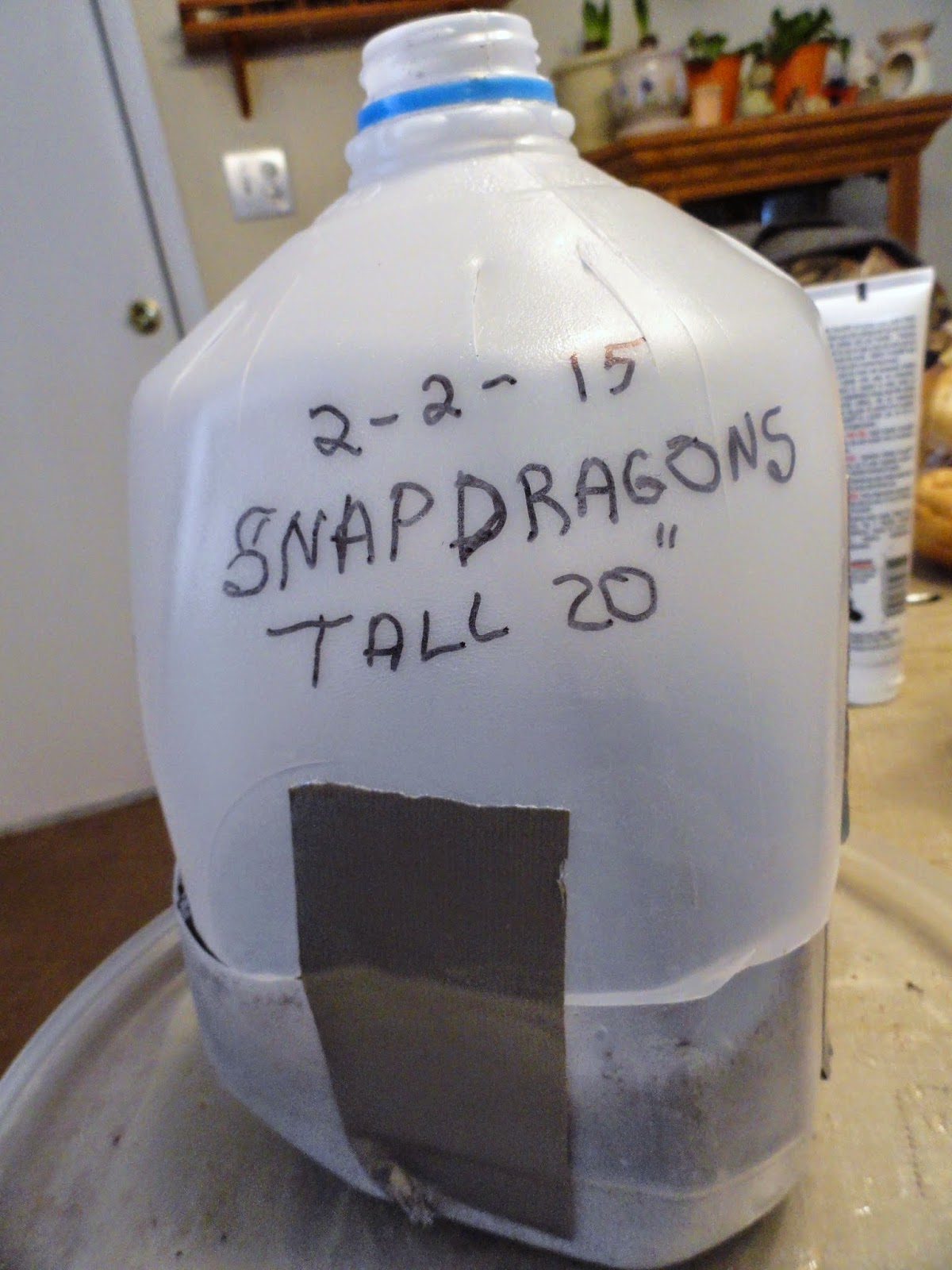 If you're not familiar with winter sowing, it's a relatively simple concept.  You reuse plastic containers of various types such as milk or water jugs, plastic take-out trays, yogurt cups, etc. to grow seeds outside during the winter. With a milk jug, you start by cutting almost completely around the circumference of a clean container dividing the jug in half. Then make holes or slits in in the top and bottom of the container. By doing that, you let water in and also allow for drainage. Then fill your container with about 4 inches of moistened potting soil, add your seeds, and seal the jug closed with a few pieces of duct tape. Then take a waterproof marker and write on the outside of your container the date and what seeds you've sown.  Take your containers and put them outside where they'll be exposed to the elements. Then wait and let Mother Nature do her thing!  Sometime between March and April, you should start to see little green seedlings sprouting in your winter sown containers!

There are no gardening mistakes, only experiments.
- Janet Kilburn Phillips