Yep, it's that time again. Fall is here! 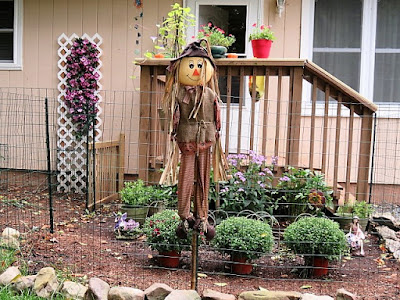 In addition to the colorful leaves and crisp cool air, bulb planting time has  also arrived. And so the battle begins .... 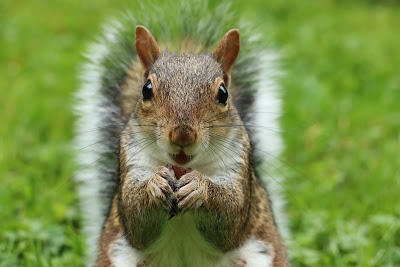 Squirrels. Don't be fooled by their cute little faces and those tiny little claws. Beware. You know those daffodil bulbs you just planted ...? 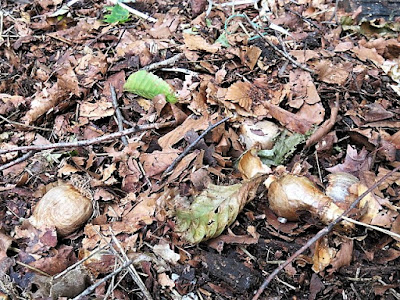 Guess who just dug them all up?! 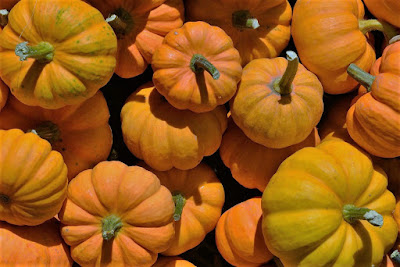 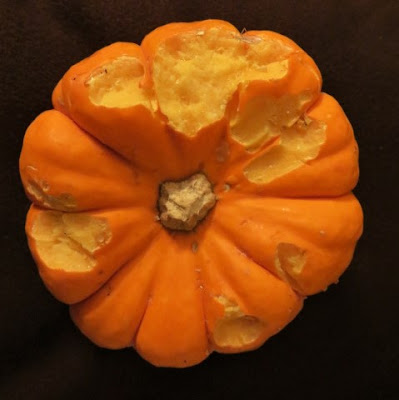 They're not safe either. Evidently, squirrels find them delish! One of the little devils stole one of my mini pumpkins right off the front deck railing! And here's the evidence!

So what is one supposed to do?Well, difficult times require drastic measures.  So ....

You improvise! Some leftover strips of wire fencing laid over newly planted bulbs, and then covered with heavy stones, was my first shot at a temporary fix. 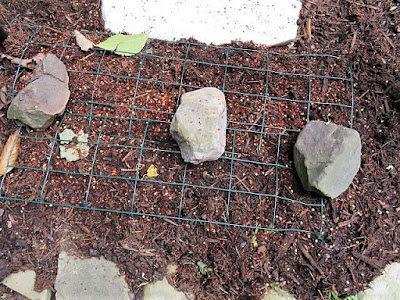 For my second attempt, I found something even better! Leftover pieces of this other wire fencing (same as the fencing in the first photo), covered with a few heavy stones, was much easier to work with.  I've got Anemone Blanda Mix bulbs planted here. I also have 2 other spots where I intend to plant about 50 more daffodil bulbs, and I have plenty of this fencing left to cover those areas. 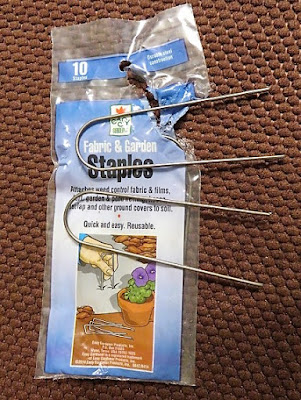 Yay! I just found 2 packages of these in my garage! Now I can ditch the large stones. Garden staples are really nifty!  Just anchor them through just about anything ... wire, burlap, netting ... whatever, and push the pins all the way into the soil. They hold up really well through all seasons.


Now, as far as the decorative real pumpkins on the front deck rail ... I guess I will just have to cave. 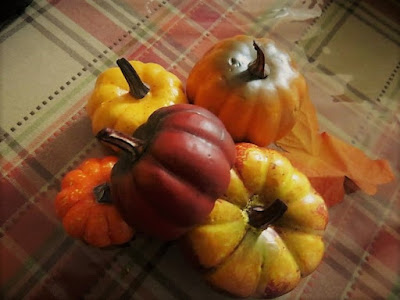 I'll just have to decorate the deck rail with fake pumpkins ... hee hee.