Growing Thanksgiving Or Christmas Cactus In The Poconos 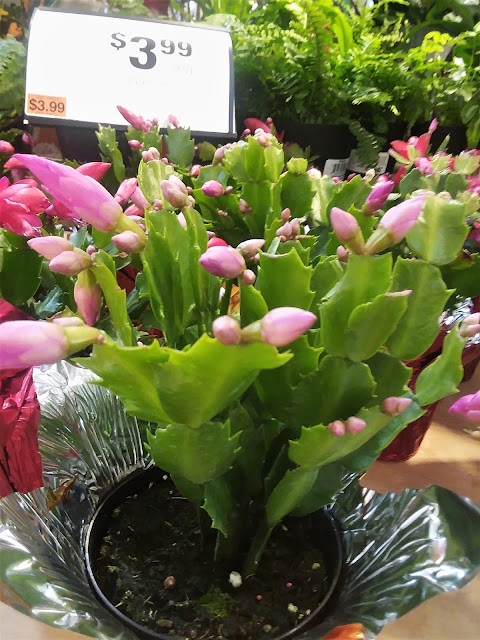 Early last October 2018, I bought a small budding cactus plant, similar to the one above, from a local supermarket.  The information tag inside the pot indicated that it was a Thanksgiving Cactus. I had never heard of Thanksgiving Cactus … only Christmas Cactus. I figured … what the heck! Either way I'd have a pretty flowering plant to look at during the holidays. I guess I had been too optimistic …. 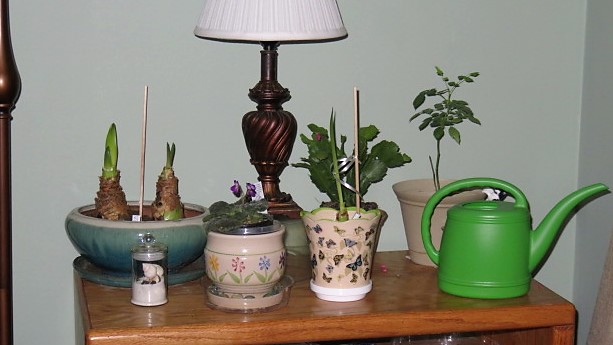 Unfortunately, soon after I brought it home all the buds began to fall off the plant, and my little cactus (the pathetic little thing to right of the lamp), remained flowerless all through the Winter and Spring. At least it had some Amaryllis, an African Violet, and a Mini Rose Bush to keep it company.  For the most part, I ignored my little cactus except for a one-time gentle pruning and only occasional watering. To my surprise, by late Spring my little cactus began to put out new, healthy growth! 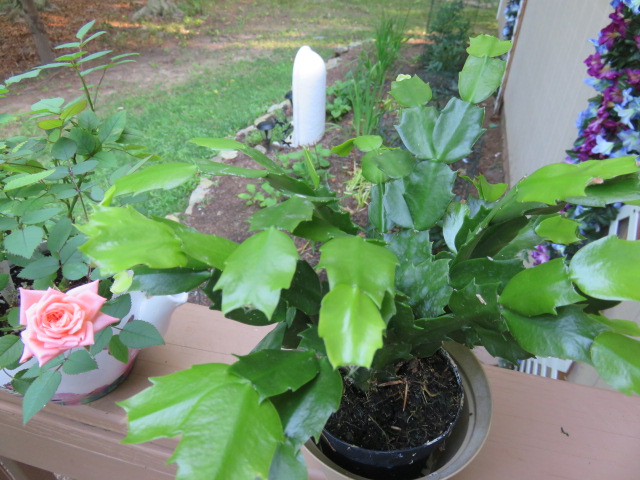 I moved it outside for the Summer and it actually flourished in a sheltered shady spot on the back deck. In September, I brought it back inside to acclimate the plant to indoor conditions again. That's when I began a lot of researching online on how to make the plant set buds for this coming Holiday Season.

It was not as difficult as I thought it would be. Keep it in a warm spot with indirect light for about 8-9 hours a day. Then give it 12-14 hours of complete darkness in a spot with cool temperatures between 40-50 degrees. So, that is what I had done for the entire month of October. During the day my little cactus basked in the bright light coming from my living room window … and then spent the night in the darkness of my cool, unheated garage. Occasionally, I would lightly water it when the top inch of the soil was dry. 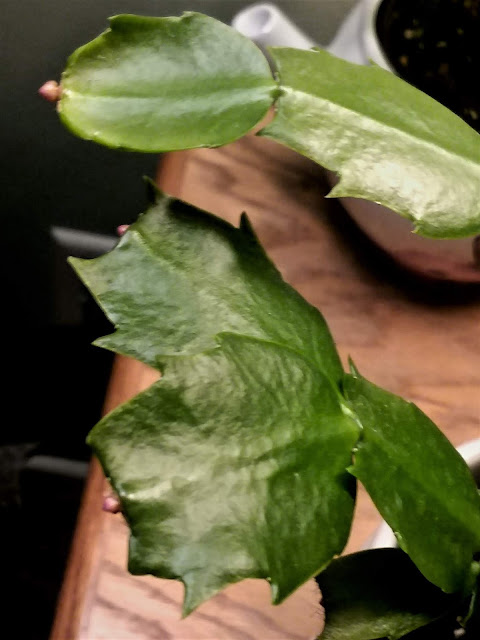 By the 3rd week of October I began noticing little green nubs forming at the ends of the plant's leaf segments.  Not long after, I noticed even more of the little buds and they had begun showing a hint of pink! Time to move into the light! 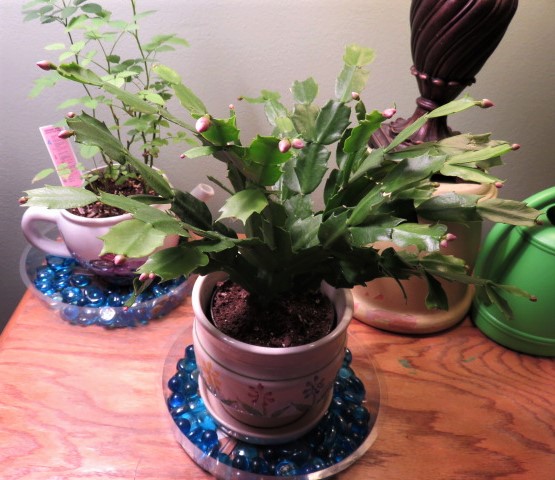 This photo was taken November 5th. The flower buds vary in size, so I'm hoping my little cactus will be blooming by Thanksgiving and even a few weeks later. Maybe even some blooms left for Christmas!

When forcing Thanksgiving Cactus to bloom, when the buds start forming, discontinue the day/night cycle and move the plant into bright light to fully encourage flowering.

Thanksgiving Cactus might not like very wet feet, but they love humidity! I placed the pot on a water-filled tray of glass beads. I also lightly mist my little cactus at least once a day.

Watch out for sudden cold drafts from windows or doors as well as too much heat rising from radiators and other sources. Sudden changes in temperature can cause flower buds to fall as they are forming.