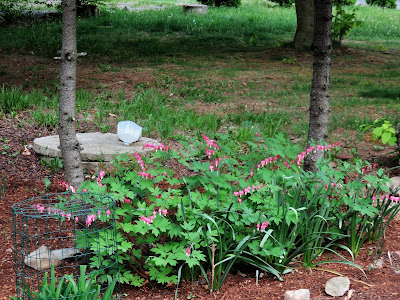 Bleeding Hearts may seem more like a spring blooming perennial, but here in the Pocono Mountains it's much cooler than the lowlands of Pennsylvania. Things take a bit longer to get going. 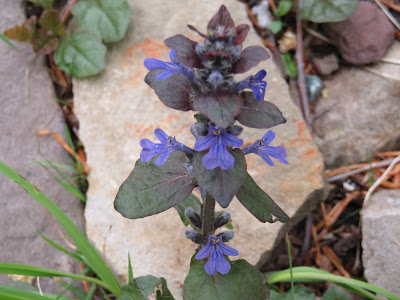 Ajuga, more commonly know as buggleweed, brightens up a corner of a shady garden with its pretty blue spikey flowers. 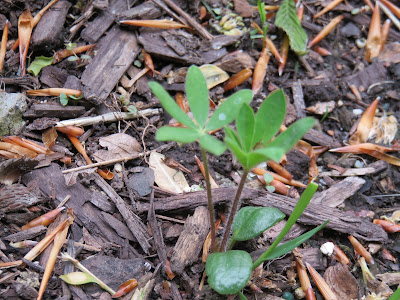 Lupine seedlings are finally starting to pop up from an early spring sowing. 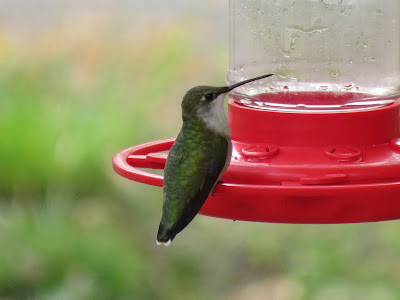 The hummingbirds have been back since mid-May.  There are now 3 birds fighting over the feeder.  Time to put up a few more feeders. 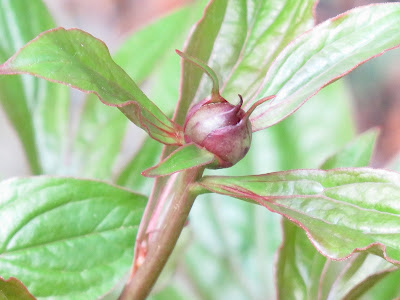 Peony buds are swelling.  Flowers should be along in a week or so. 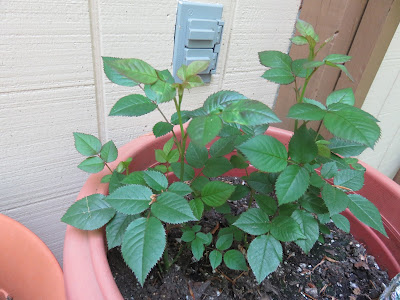 The mini roses that wintered in my unheated garage are healthy after their long nap. Buds should be forming soon. 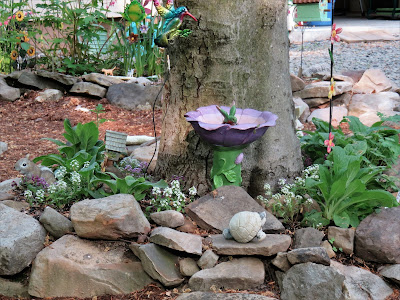 This year my little Fairy Garden is sporting a different color scheme. 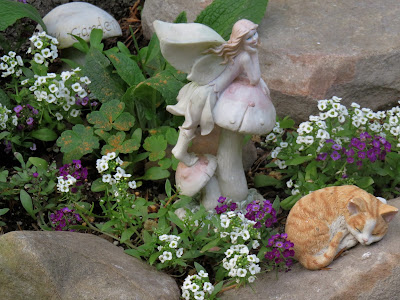 Alyssum, foxglove, and columbine in shades of  purple and white dot the stone walled edges of the garden. 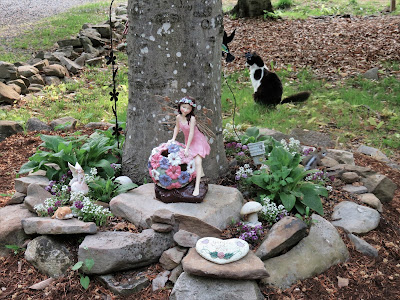 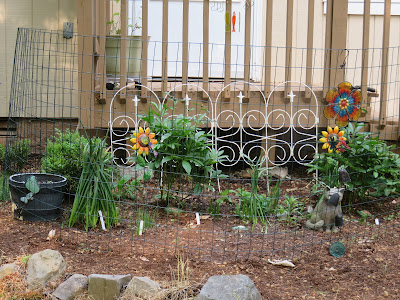 The front deck garden is starting to slowly fill in. The daffodils are finished and the peonies should be blooming soon. Later in the summer I'll plant some Angelonia plants in this garden to fill in the empty spots. 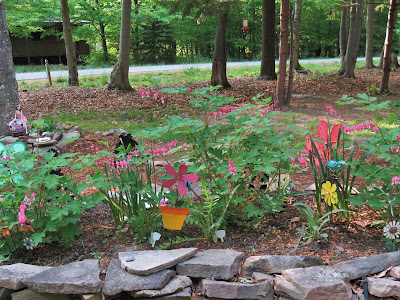 The focus of the front walkway garden is Bleeding Hearts. Because of the shade and cooler climate, they remain green all summer. After the flowers fade, I usually trim the leaves back and plant begonias among them for summer color. 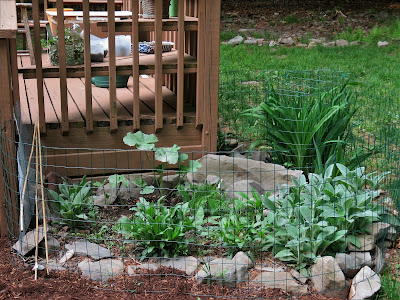 Hope you enjoyed the short tour of my garden beds ....
Posted by Jane Rutkowski at Thursday, June 02, 2016 1 comment: