Woolly Bear Caterpillars? I bet many of you have never heard of them. Well, they are sometimes considered Nature's winter weather predictors! 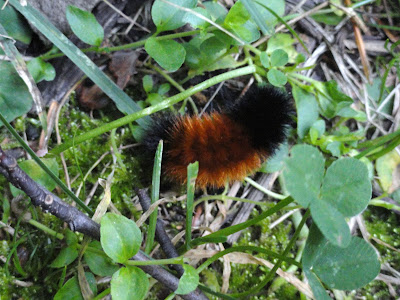 If you've been reading my posts regularly, it was September 2013 when that I first wrote about these fuzzy weather forecasters.  The story goes like this. If the orange band across the center of the caterpillar is wider than the black bands, a mild winter is predicted. If both the black and orange bands are similar in width, pretty much it will be just an average winter. if the black bands are wider, it will be one doozy of a winter with lots of cold and snowy days. From the photo above, it was a pretty average winter here in the Northeast in 2014. The orange band is just a bit wider than the black bands. Not a bad winter at all. 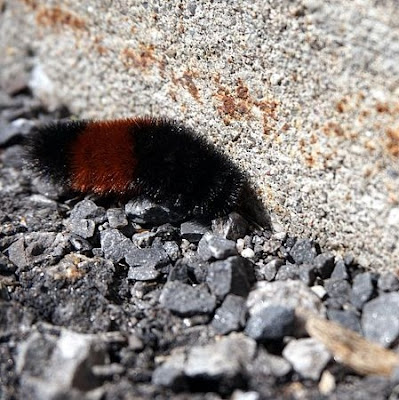 Now, the Winter of 2015 was quite a different story. Just look at the wide black band on the Woolly Bear Caterpillar on right side of the photo.  If you live in the Northeast, you probably remember the winter of 2015.  I'm certain Boston, MA does. January 26-27th of 2015, Boston got over 2 feet of snow making it the 6th largest snowstorm on record! 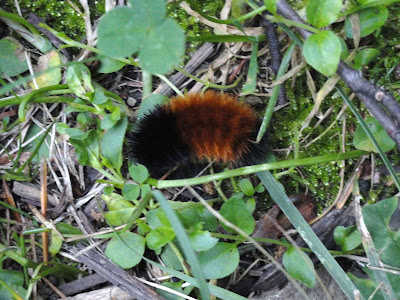 Moving right along … September 2015. Notice the wider orange band? The winter of 2016 wasn't really terrible, but due to a strong El Nino, the northeast got hit with a blizzard in late January. Afterwards, the rest of the winter was fairly tolerable. Although I have no photo of  the finicky little caterpillar in the late Fall of 2016, the winter of 2017 was definitely warmer and wetter. 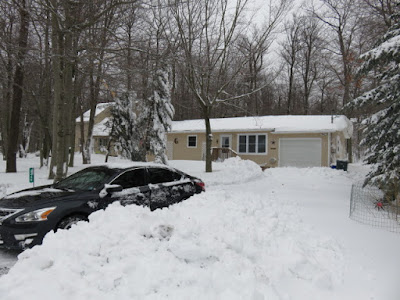 Ah, the winter of 2018. Really nothing until March. See the photo above? Well this is what the front of our house pretty much looked like for the entire month! We had a Nor'easter every single weekend in March. Unfortunately, I didn't have a photo of our friendly little forecaster, so I don't know what the little critter may have predicted. 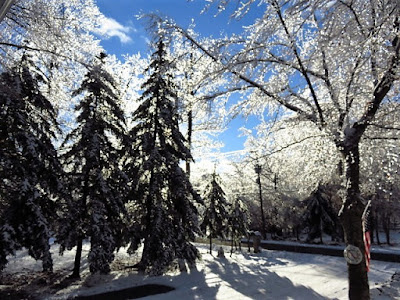 And what of the winter of 2019? Well, not bad. Also didn't have a photo of our little hairy weather predictor. This photo was taken in very early January. Pretty quiet start to 2019. 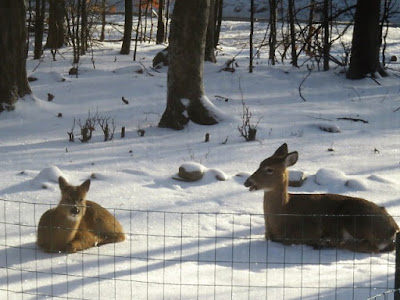 February 2019. Some snow, but nice and quiet and no more significant snowfall for the rest of the season.

So, what do I really think about Woolly Bear Caterpillars? Well, it is FOLKLORE, but it is fun to see how things may all play out in the end!